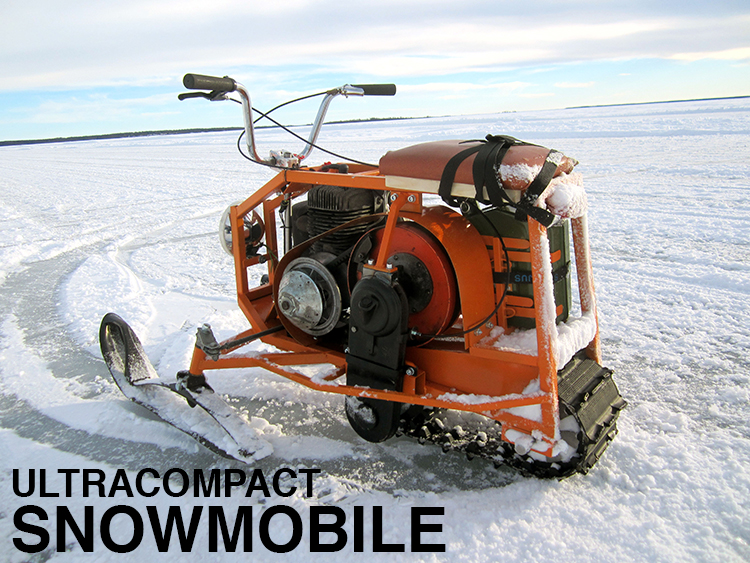 Date: 2013
Background: Snowmobiles have fascinated me my entire life, and while I've ridden on snowmobiles quite a lot, I've only driven one once. Owning one has been a dream since I was very little, yet because of where I've grew up, I've never had the space. With the winter of '13/'14 possibly being the last winter for me in Luleå due to my education coming to an end, I thought I'd get to work on realizing that dream, even though I live in a small student apartment with very little storage space.

Earlier on (1853-1993), Sweden had an agency called Televerket, which was a government agency responsible for Swedens telecommunications service. This agency had a multitude of different vehicles, ranging from bicycles, cars, mopeds and trucks, to boats and also snowmobiles. All because of their need to be able to access Swedens telephone poles, no matter how remotely positioned they were. All of their vehicles featured, imo, a stunning orange paint job with their iconic logotype printed in black.

Sweden is also the birthplace of the Ockelbo snowmobile (top left image), another brand that is famous partly because of their bright orange paint job. I like these '70-ish era snowmobiles, they have a clean, simple look. Partly because of the fact that the manufacturing process in those days weren't that advanced, the machines themselves were quite simple constructions. So when I did some initial drawings of my snowmobile, I knew I wanted it to be designed as a '70s product, with the classic Televerket paintjob. It also had to be very small, since I have little to no storing space, being a student and all. I bought a Rotax 250cc 12hp engine and clutch from an old 1972 Ski-Doo Elan 250, then created a few concepts around that which featured the smallest possible footprint while still being ergonomically feasible.